At the end of the year, we love to look back. What was good, what was bad … were there any highlights that could be presented again? Austrian politics definitely wasn’t one, and the world is facing some real and unique challenges right now. In such a climate, it feels a bit surreal to look for ‚highlights‘, but MY climbing moment of 2021 happened again in Valle DellÒrco, Italy.

I didn’t make a big story of it, because there was SO much going on this spring. But I thought it worth sharing, at least now. On April 14th, I topped out one of my biggest dream climbs. It was unreal. For more than 10 years, I visited this particular boulder below the big walls of ‚Sergeant‘. The yearly pilgrimage, so to say; over time, I was able to decode every single move on this grand, huge piece of rock. ‚Bravirabi‘, ‚El Salvador‘, ‚Temenoi‘ were highlights of this period. But all these years later, one particular move was still missing. I trained power, worked on my mobility a LOT, but in the end there wasn’t much progress. Yet, I kept on trying this sequence until spring 2020.

Then, I gave up. Finally believing, or ‚accepting‘, that this move is not possible for my body size. I gave my lifetime project to Giuliano Cameroni. The young Swiss climber quickly found a solution for the start, using another foothold which was out of my reach (despite all that stretching work). A few sessions later, he made the first ascent: ‚Gran Paradiso‘ (Fb – 8B+/C), a kingline!
Check out this video with Giu’s first ascent.

This year I was climbing in the valley again, preparing for a film shoot with Servus TV. My focus was on the upcoming shoot, but one day I found myself back at the ‚Gran Paradiso‘ boulder. Expecting nothing, I found myself in the overhanging dihedral grabbing the hold that was ‚out of my reach‘ for 10 years! I was in disbelief! A few days later, I linked these 22 moves together. 10 years of dreaming finally came to an end. 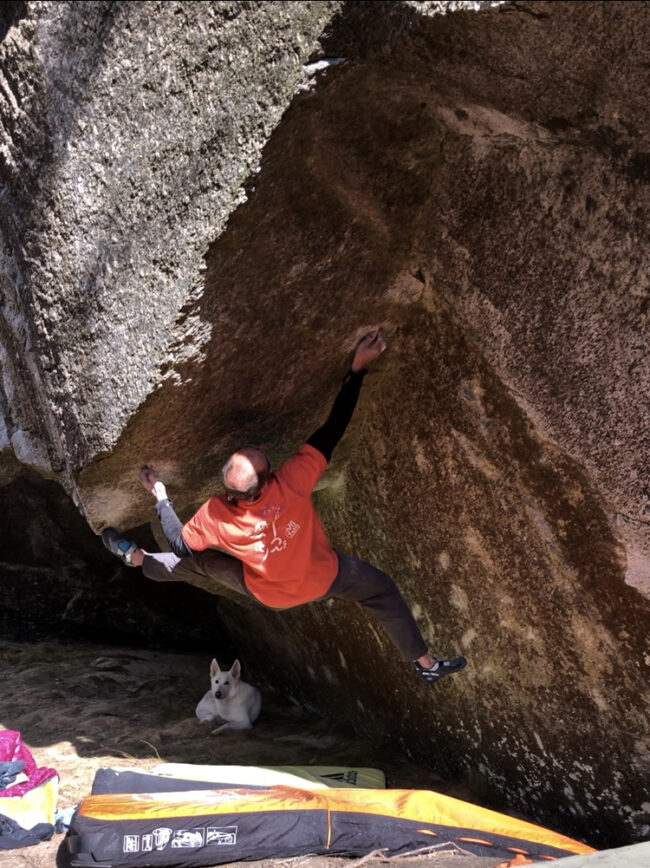 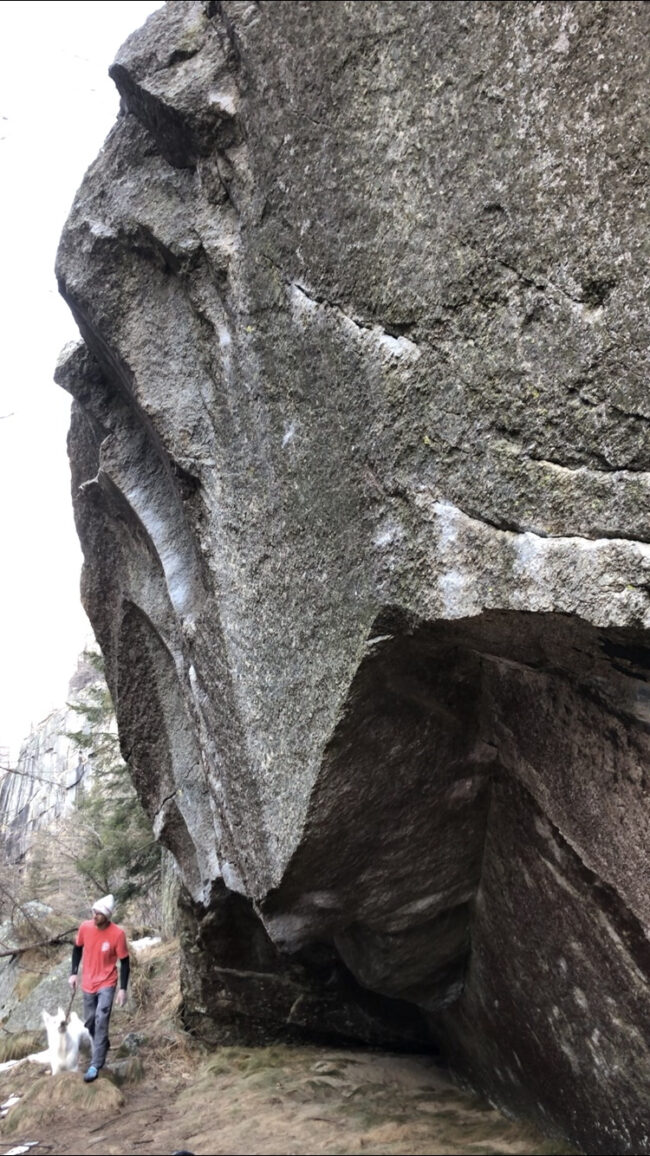 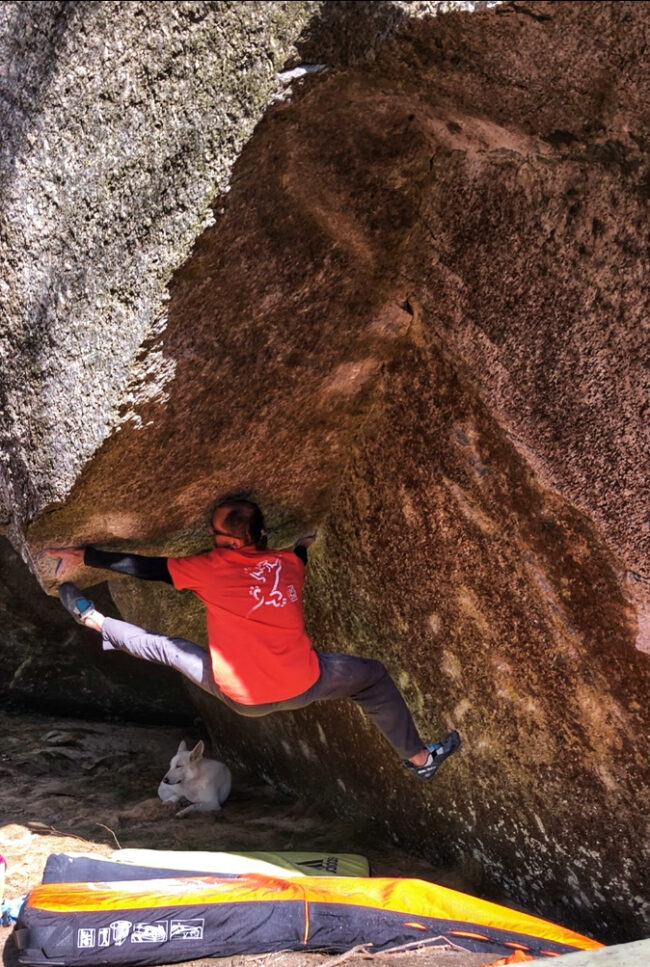 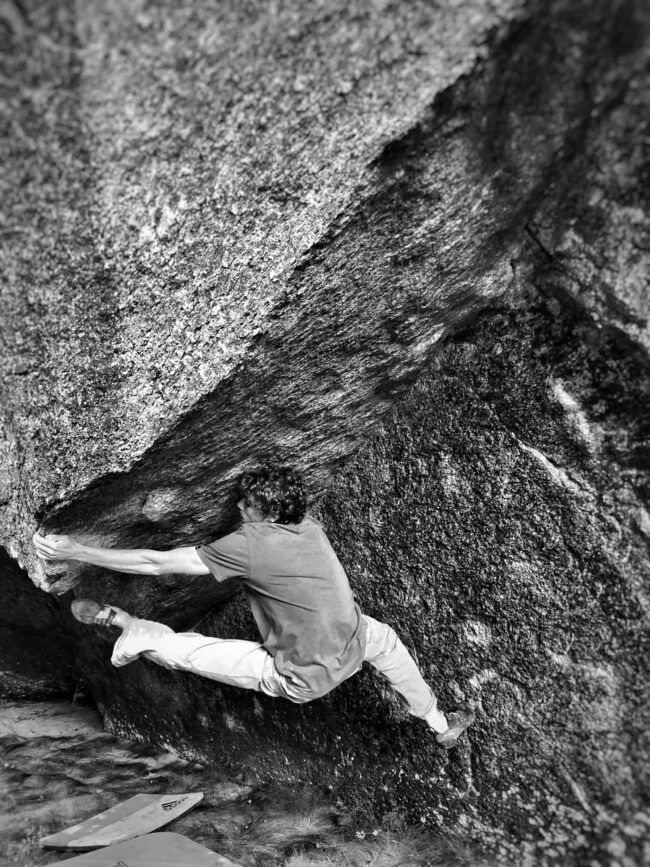 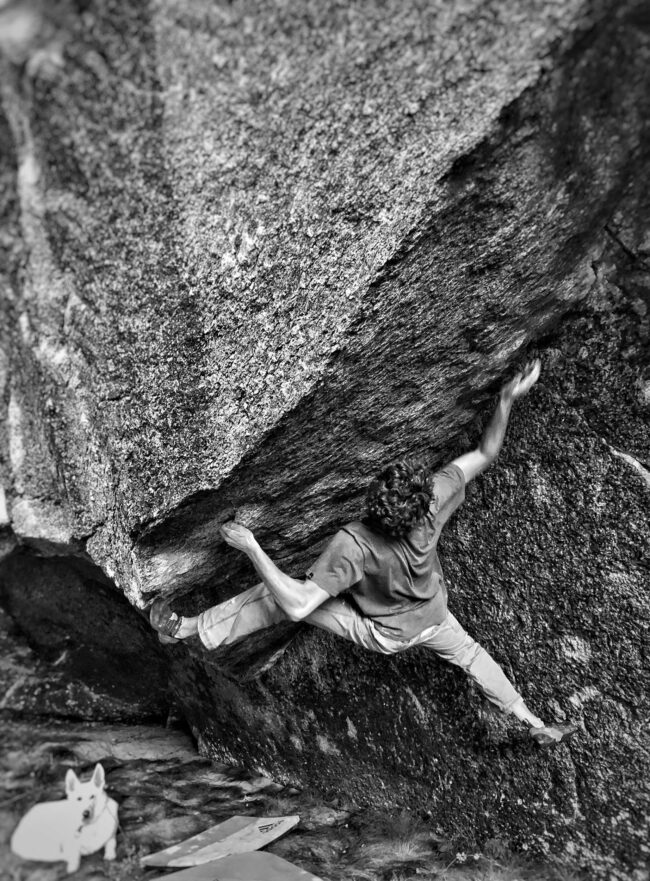 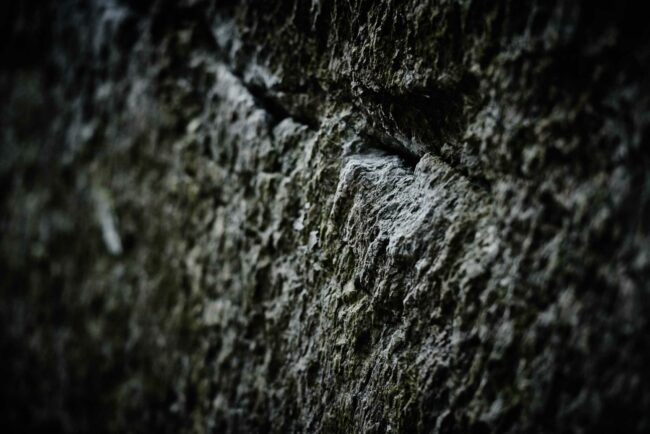 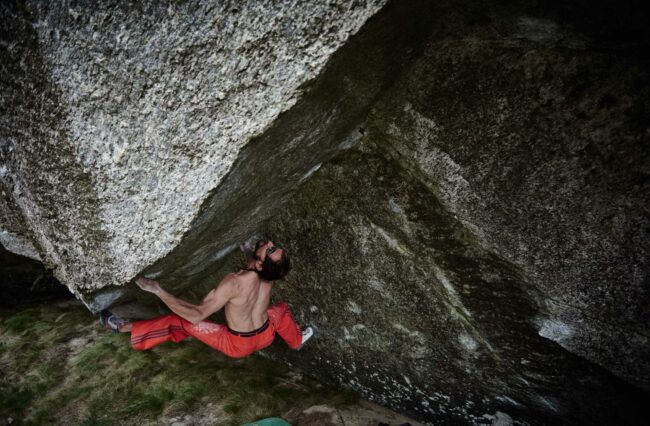 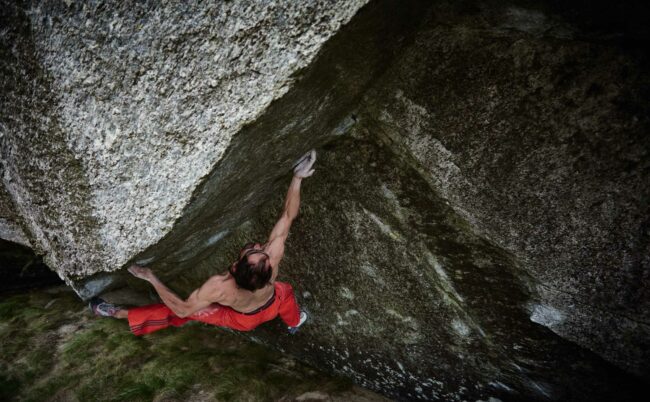 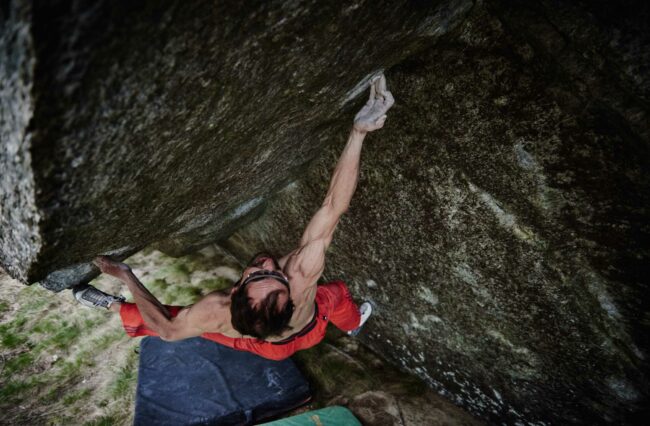 The crux comes right at the beginning; one of the hardest moves is to place the left foot near the left hand.

ShareTweetPin itShare
Previous
NEW RAKCHHAM MOVIE IS OUT!
Next
BOULDERING, THE BOOK, NOW IN ENGLISH

We use cookies on our website to give you the most relevant experience by remembering your preferences and repeat visits. By clicking “Accept All”, you consent to the use of ALL the cookies. However, you may visit "Cookie Settings" to provide a controlled consent.
Cookie SettingsAccept All
Manage consent

This website uses cookies to improve your experience while you navigate through the website. Out of these, the cookies that are categorized as necessary are stored on your browser as they are essential for the working of basic functionalities of the website. We also use third-party cookies that help us analyze and understand how you use this website. These cookies will be stored in your browser only with your consent. You also have the option to opt-out of these cookies. But opting out of some of these cookies may affect your browsing experience.
Necessary immer aktiv
Necessary cookies are absolutely essential for the website to function properly. These cookies ensure basic functionalities and security features of the website, anonymously.
Functional
Functional cookies help to perform certain functionalities like sharing the content of the website on social media platforms, collect feedbacks, and other third-party features.
Performance
Performance cookies are used to understand and analyze the key performance indexes of the website which helps in delivering a better user experience for the visitors.
Analytics
Analytical cookies are used to understand how visitors interact with the website. These cookies help provide information on metrics the number of visitors, bounce rate, traffic source, etc.
Advertisement
Advertisement cookies are used to provide visitors with relevant ads and marketing campaigns. These cookies track visitors across websites and collect information to provide customized ads.
Others
Other uncategorized cookies are those that are being analyzed and have not been classified into a category as yet.
SPEICHERN & AKZEPTIEREN